Do you remember your 16th birthday party? Was it full of laughs, presents, candy… or were you up to no good?

“The police were here. They said what happened was a terrible accident, but we’re not responsible…”

In Robyn Harding’s latest novel The Party, a sweet sixteen birthday party goes horribly wrong. Kim and Tom Sanders just wanted to be the “cool” parents, and throw their daughter Hannah a fun but safe birthday party – but when Hannah shows up in her mom’s bedroom covered in blood in the middle of the night.. their entire lives turn upside down. Luckily, Robyn agreed to answer a few questions regarding her highly successful novel from the summer. 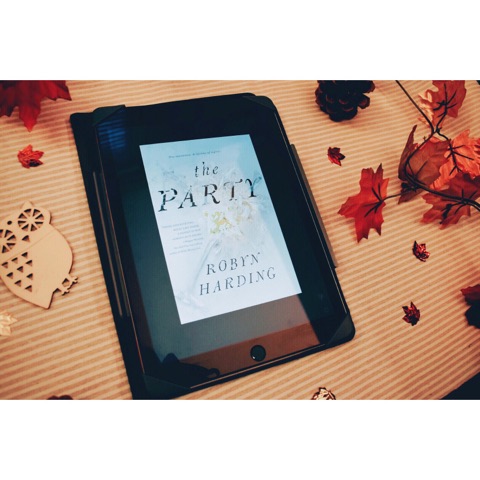 You’ve written quite a few books over the years, and have even written and executive produced an independent film: where do you get your inspiration from?

My inspiration comes from real life. I like to take events that have happened to me,
or around me, or in the media, and then I twist them into something more dramatic.

Who would you say is your favourite author, and has given you the most inspiration and motivation for writing?

There are so many, but I’ll go with Kate Atkinson. She inspires me in many ways.
First, she’s an incredible writer who creates such real and fascinating characters.
Second, she has the ability to switch genres effectively (from her Jackson Brodie
detective series to historical fiction). And finally, I love how she manages to imbue
humour into even the darkest stories!

What kind of research do you do while working on a new story?

I use the internet! I can’t imagine how writers survived before it. For THE PARTY, I
consulted with a friend who had been involved in a lawsuit so I understood the process
the characters would go through.

What would you say was your hardest book or story to write thus far?

THE PARTY was the hardest book for me to write. My other books were all light and fun
and full of humour. THE PARTY is darker than anything I’d written before. In 2012, I
wrote 70 pages and then left it for three years. I didn’t know if I wanted to immerse
myself in all that drama and strife. I was afraid it might make me depressed. But once
I picked it up again, I got into it. Now, I’m enjoying writing darker material.

Your newest book, The Party, came out just this year, and has had major success – including being chosen as the Staff Pick of the month at Chapters/Indigo – what draws you to write about specific characters? Do you take personality traits from the people you know in real life?

I am so thrilled and grateful for the support from Chapters/Indigo. I like to write
characters with complicated backgrounds. Even if the details don’t make it into the
book, I create biographies for them that inform the way they react to situations.
Sometimes, they are composites of people I know in real life, with some fictional
traits thrown in.

Did you feel any sympathy for any of the characters in The Party? On the surface of things, it seems like a lot of sympathy should go towards Kim Sanders, but who did you feel the most sympathy for?

I feel the most sympathy for Kim Sanders, but not because the accident happens in her
house or because she’s attacked by Lisa Monroe. I think Kim has lost sight of what’s
important in life. She’s so superficial and concerned with appearances, and I don’t
think you can truly be happy that way. Some readers HATE her, but I pity her. Kim does
gain new perspective by the end of the book.

Personally, I find Lauren and Hannah to be the most interesting characters in the book – they seem to have a lot of underlying troubles they are trying to deal with internally. Do you ever think about continuing with The Party as a sequel? Or is that the end for those characters?

I don’t think I will write another book about these characters, but THE PARTY has been
optioned for film. Currently, there is some discussion of a limited series. If that
went ahead and we got a second season, then Hannah’s revenge plan against Lauren could be fleshed out. (I am crossing my fingers for this!)

It seems like drama/thrillers is a very popular genre right now amongst readers: what made you want to write about a Sweet Sixteen birthday party gone wrong?

The idea came from my own teenage children. They were being invited to parties where
alcohol was available, and it made me think about the worst-case scenario of teen
drinking. I didn’t know if this book would sell because its not technically a
thriller. There’s no dead body, no smoking gun . . .. But there is plenty of drama,
and I knew it was a story that I would want to read.

What are you currently working on?

I just handed in a manuscript inspired by Karla Homolka. It’s about a woman who, after
committing a heinous crime in her past, is free, a mom, and trying to live a normal
life in a new community. It explores questions of forgiveness, retribution, and
whether a person can ever really change.

What is the most difficult part of your writing process?

I suffer physical pain when I write a lot. My shoulders cramp up, my forearms seize,
my back gets sore. I never knew such a sedentary career could be so physically taxing!

And finally…what advice would you have for young, aspiring writers?

Writing is a very, very, very hard business. While most careers have an upwards
trajectory, writing is a roller coaster of ups and downs. There is a lot of criticism
and lot of disappointment. But if you really, really love to write (like I do) then
it’s all worth it! 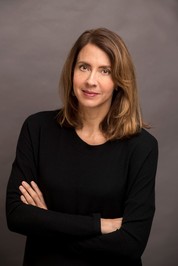 One thought on “The Party with Robyn Harding”

There was an error retrieving images from Instagram. An attempt will be remade in a few minutes.